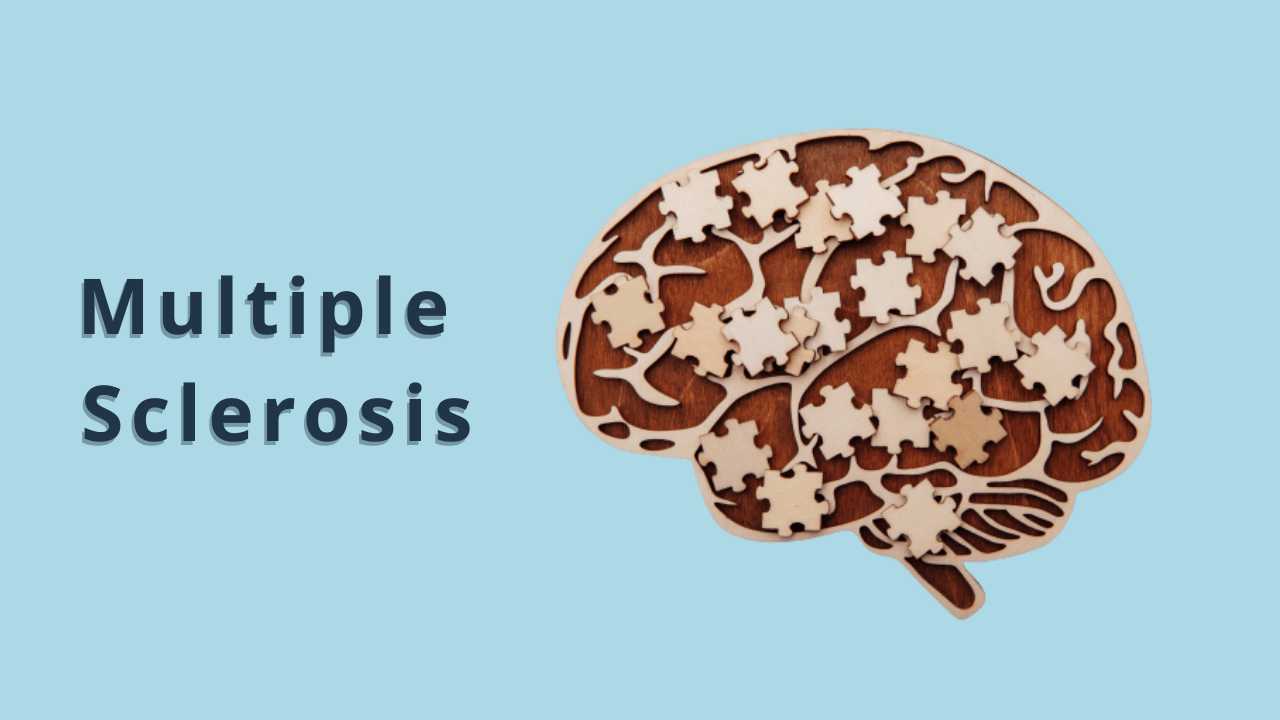 According to official WHO statistics, more than 2.3 million people in the world suffer from multiple sclerosis, of which almost 500,000 live in Europe. Despite popular opinion, multiple sclerosis is not about memory loss, and the main patient cohort is young people. This disease ranks first in Ukraine in terms of disability among the young population and represents a serious social challenge for the state as a whole and for each individual patient.

Multiple sclerosis is a chronic multifactorial disease of the nervous system that causes diffuse degenerative and inflammatory changes in the brain and spinal cord, progresses steadily, quickly leads to disability and mainly affects people of working age (16-45 years).

Nerve fibers in the human body are covered with a special sheath – myelin, which is diffusely damaged in this disease, and multiple cicatricial changes are formed, leading to neurological deficits. And although the mechanisms of the pathogenesis of the disease remain debatable, there is currently no doubt about the involvement of provoking factors – genetic predisposition, viral infection, external influence. The geographical aspect also plays a role: the farther from the equator people live, the higher the probability of them getting sick. There is even a special term for multiple sclerosis – “disease of the handsome and talented”, since this is what most of these patients are. Unfortunately, the disease is currently not completely curable. However, there is therapy that changes the appearance of the disease and allows you to slow down the progress of the disease, as well as reduce the severity of symptoms.

So what are the current trends in this disease in the world?

At the moment, there are about two dozen immunomodulatory drugs that are selected individually for each patient and should provide disease-modifying therapy, control over symptoms and the course of the disease. However, there is a need to expand treatment possibilities, because of this, work in the field of stem cells for the treatment of multiple sclerosis is rapidly gaining momentum.

In 2020, the Journal of Neuroimmunology published the results of a study by Spanish scientists: scientists discovered the pathogenesis of the disease using induced pluripotent stem cells from blood and skin to model it. These specialized cells are “reprogrammed” to the embryonic state, and thus develop into cells of the nervous system. This understanding makes it possible to study the pathogenesis of multiple sclerosis on a 3D model of the human brain, to reproduce cell differentiation and errors in it. And the understanding of this process, in turn, makes it possible to develop new drugs with great potential for curing patients.

But development does not stop at modeling and studying pathogenesis. 76 clinical trials using autologous and allogeneic (donor) stem cells from various sources are registered on the clinicaltrials website alone. Mesenchymal stem cells from umbilical cord, adipose tissue, bone marrow, as well as hematopoietic stem cells from umbilical cord blood are most often used. In the same year 2020, in the neurology journal Brain, Israeli scientists from the Hadassah University Clinic jointly with German scientists from the Charite Clinic published a study.

48 patients, who already had experience in the treatment of multiple sclerosis with protocol drugs, were treated with mesenchymal stem cells for a year: the first group received injections intrathecally (into the cavity of the spinal cord), the second – intravenously, and the third received placebo injections. The results are impressive: 40% of patients in the first two groups found no active manifestations of the disease during the year, compared to 9% in the placebo group. In addition, in patients with intrathecal administration, the best indicators of functional, cognitive tests and MRI dynamics were recorded compared to the other two groups, which was especially evident in patients with actively progressing disease. It is also fantastic that the treatment did not show any serious side effects.

The latest development for the treatment of progressive multiple sclerosis is a cord blood product, DUOC-01, developed by Duke University. This drug has been used to correct metabolic disorders in children for over 25 years. It can potentially be used in other degenerative conditions – spinal cord injuries, peripheral nerve injuries, Parkinson’s disease, amyotrophic lateral sclerosis (ALS) and Alzheimer’s disease.

The process of obtaining the drug takes about three weeks, for which both personal deposits of umbilical cord blood and deposits from donor banks are used. The active population of cells is obtained from stem cells with the CD14+ marker, they are multiplied to the required number in a special environment.
The best result, measured by the restoration of myelin and elimination of inflammation, was obtained after intrathecal (into the cerebrospinal fluid) administration of the drug. The method was also found to be safe for the patient.
An up-to-date overview of promising clinical studies can be found on the website of our partners Parentsguidecordblood.

The question arises: can stem cells cure multiple sclerosis or stop the development of the disease for a long time?

The therapeutic effect of stem cells is due to their ability to differentiate into other cells of the nervous system, replacing non-viable connective tissue. In addition, stem cells reduce inflammation, promote the restoration of myelination of nerve fibers and have an immunomodulatory effect. The paracrine effect also stimulates the body to produce its own stem cells and regenerate itself naturally. It is thanks to the complex action that it is possible to improve the condition and stop the development of the disease for several years.

Modern problems require modern solutions, which is why the question of stem cell collection and storage arises, and the relevant banks come to the rescue. And although in the world so far the treatment of diseases with stem cells is an alternative therapy, and not first-line drugs, sometimes taking care of the future in advance can give a ticket to a full-fledged healthy life.