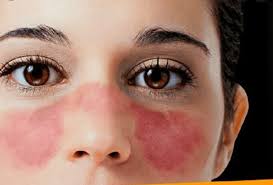 The effectiveness of the treatment of systemic lupus erythematosus with the help of stem cells as an alternative to taking standard medications has been studied for several years. Stem cells are able to naturally restore damaged tissues and organs, restart the immune system and have a significant immunomodulatory effect, so their use is promising in the treatment of many autoimmune diseases.
Systemic lupus erythematosus (Libman-Sachs disease, Lupus Erythematosus) is a genetically determined systemic disease of connective tissue. It has an autoimmune nature, that is, the patient’s body constantly creates aggressive antibodies against its own tissues and organs. Characteristic symptoms are rashes and erythema on the skin, damage and pain in the joints, disorders in the work of the kidneys, liver, spleen, lymphatic and nervous systems. Diseases of the cardiovascular system often develop – endocarditis and myocarditis, heart valve damage. Patients complain of high temperature, exhaustion, pain. The disease significantly reduces the quality and duration of life. Standard therapy offers long-term use of toxic drugs, hormones and immunosuppressants, which also leads to negative consequences and new diseases over time.
Cell therapy for autoimmune diseases uses different types of stem cells obtained from various sources and is also developing in several directions. The main modern methods are transplantation of own hematopoietic cells, supporting transfusions of mesenchymal stem cells and the use of genetically modified T-lymphocytes. Stem cells are able to support the functioning of the bone marrow and stop the production of aggressive (autoreactive) immune cells. There is a technique during which the own bone marrow is “restarted”: chemotherapy and the subsequent introduction of hematopoietic stem cells in order to restore the bone marrow. For this purpose, they use their own hematopoietic stem cells, which were obtained from the patient’s bone marrow or peripheral blood. A more effective and safe source of such cells can be umbilical cord blood, but umbilical cord blood has its own deposits in adult patients, which makes it impossible to carry out a full-fledged study.
It is noted that in most patients (84%) after transplantation, not only a “new” immune system was formed, but also the functions of the kidneys, lungs, and heart were restored. But, despite all the effectiveness of transplantation for the complete replacement of the immune system, such treatment is considered dangerous, so it is used only in very severe cases.
More interesting and in demand is supportive cell therapy with the aim of achieving stable remission. Clinical studies used both the patient’s own stem cells obtained from peripheral blood, adipose tissue, and bone marrow, as well as mesenchymal stem cells obtained from donor bone marrow, from the patient’s own or donor placenta, and umbilical cord.
After several years of study, MSCs obtained from the placenta and umbilical cord are considered the most promising due to their youth, activity and safety. In addition, these cells do not carry infectious or age-related risks, their acquisition is ethical and painless. In fact, the cells are obtained from the material that remains after childbirth and is subject to disposal.

In studies using mesenchymal stem cells (MSCs), adult patients were given a weight-based dose of the cells intravenously once or twice a year. A single injection allowed 60% of patients to achieve remission for more than 12 months. In studies using MSCs, twice with a break of six months, the percentage of patients in remission increased to 85%. In both cases, the researchers noted significant positive changes in blood parameters after 3 months, and restoration of organ function and disappearance of pain – after 9 months. The number of autoreactive immune cells and autoantibodies significantly decreased, which once again confirmed the effectiveness of MSCs in systemic lupus erythematosus.
Recently, the results of the study of CAR-T cell therapy in systemic lupus erythematosus became known. This method is based on the use of genetically modified T-cells collected from the patient’s peripheral blood. Previously, this method was successfully tried for the treatment of aggressive and incurable types of blood cancer. In the case of systemic lupus erythematosus, the T cells are programmed with a special virus to attack the autoreactive B cells of the immune system. Soon, B-cells practically disappeared from the patients’ bodies. After four months, the B-cells recovered, but stopped producing autoantibodies. CAR-T cell therapy has reset the immune system of patients, according to German scientists.
Currently, patients have been free of standard medications for more than 17 months and note the disappearance of constant fatigue, pain associated with arthritis. Doctors are also observing the gradual recovery of the work of the kidneys, lungs and heart, and the disappearance of fibrosis of the heart valves. And additional tests confirmed the normal functioning of the patients’ immune system and adequate protection against infections and other diseases.
Of course, CAR-T cell therapy is a new and very expensive method of treatment that requires more in-depth study, but the results of the first studies indicate the possibility of using T-lymphocytes even in severe cases of autoimmune diseases.
In 2020, our clinic and fund , together with scientists from the Charite Clinic, started a scientific project in Germany to study the potential of new methods of cell therapy and genetically modified stem cells (iPS cells) for the treatment of serious diseases. New data, new developments in the field of cell therapy are effective drugs and methods of treatment in the future. That is why it is so important to lay the foundation and preserve the most active and available stem cells at the birth of a child.