Treatment and prevention of viral diseases by mesenchymal stem cells

Treatment and prevention of viral diseases by mesenchymal stem cells

MSCs can secrete many types of cytokines through the secretion of paracrine or direct interactions with immune cells, which leads to immunomodulation.  The immunomodulatory effects of MSCs are further triggered by activation of the TLR in MSCs, which is stimulated by pathogen-associated molecules such as LPS or viral bi-stranded RNA.

According to laboratory studies, 6 days after MSC transplantation, the over-activated T cells and NK cells almost disappeared, and the number of other subgroups of cells was almost returned to normal levels, especially the CD14 + CD11c + CD11b DC population.

10 day screening after MSC administration shows that MSCs are ACE2- and TMPRSS2 and secrete anti-inflammatory factors to prevent cytokine storm.  A cytokine storm (cascade, storm) is a potentially lethal reaction of the immune system, the essence of which is an uncontrolled and non-protective function of activation of immune cells by cytokines in the focus of inflammation and the release of a new portion of cytokines by the latter, due to the presence of a direct connection between these processes.  The vicious circle causes the destruction of the tissues of the inflammation focus, at the same time the reaction spreads to neighboring tissues and, as it develops, becomes systemic, covering the entire body as a whole.

Mesenchymal cells are naturally immune to HCoV-19.  According to the results of flow mass cytometry, the viral infection caused a complete failure of lymphocyte function, even the entire immune system.  MSCs have played a vital role in immunomodulation for the reversal of subsets of lymphocytes, mainly via dendritic cells (antigen presenting cells). 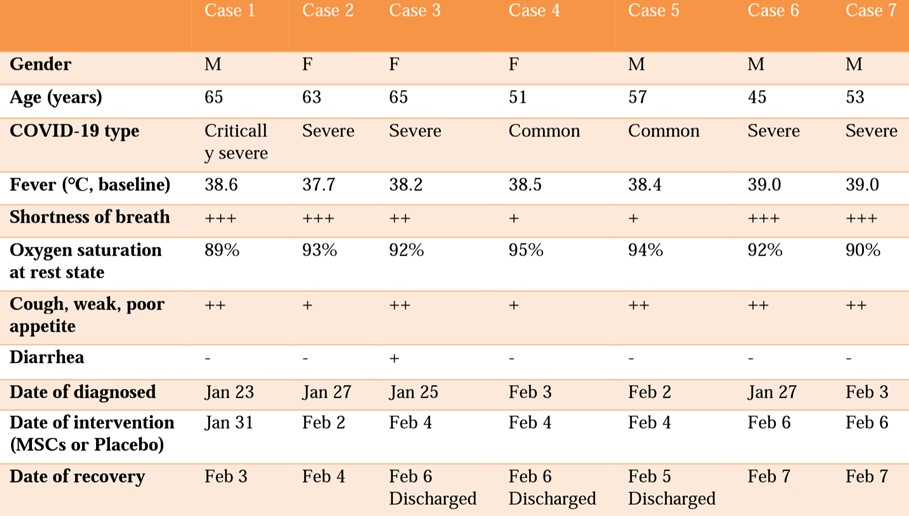 MSC therapy can suppress over-activation of the immune system and promote endogenous repair (that is, repair, a special function of cells to repair chemical damage and breaks in DNA molecules damaged by normal DNA biosynthesis) by improving the microenvironment.  After entering the human body by intravenous infusion, part of the MSC accumulates in the lungs, which can improve the pulmonary microenvironment, protect alveolar epithelial cells, prevent pulmonary fibrosis and improve lung function. 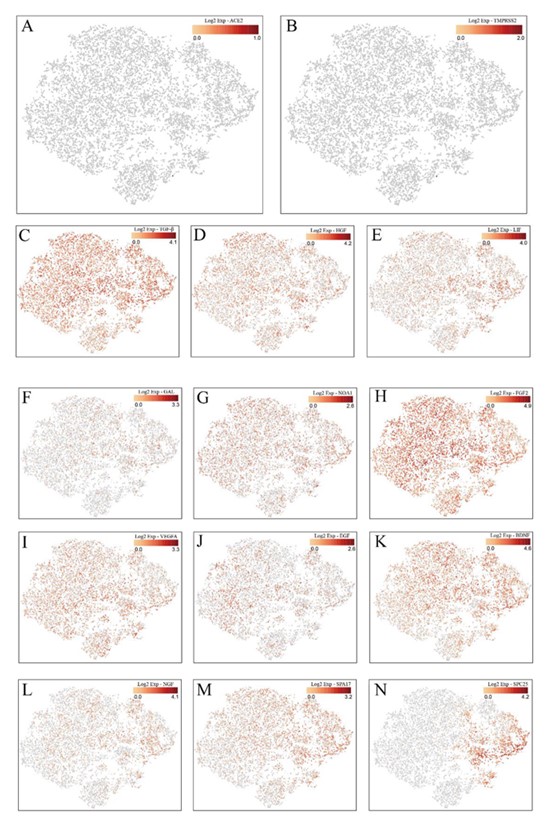 Therefore, the fact that MSC transplantation has improved the outcome of patients with COVID-2019 may be due to the regulation of the inflammatory response and promote tissue repair and regeneration.